THIS IS A RED ALERT FOR ALL CANADIAN GUN OWNERS!

BREAKING - This is a follow up to our last alert on Tuesday about the new massive long gun ban being proposed by the Liberal/NDP/Bloc Coalition - See the full list now!

This amendment has been put forward by the Liberals and they have the votes to add it to Bill C-21. If Bill C-21 passes, and again they do have the votes, these firearms as well as all formerly prohibited firearms will be enshrined in legislation.

You can watch the SECU meeting in progress right now

Posted by Bert deVink at 3:03 PM No comments:

Thanks to Volker T. for the results and pics.
Today it was truly a fun shoot at PSC. There probably would have been a larger attendance, but the mix of snow and rain in the early morning hampered travel. Winter is quickly upon us. Despite this, a handful of dedicated shooters made it. The weather was fine as the match started and stayed good and shooting progressed quickly. So did the sweets beside the wood stove. The shoot was enjoyed by all. 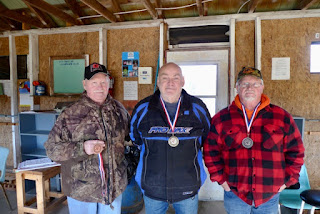 Thanks to Dan for directing the match and choosing some interesting targets. 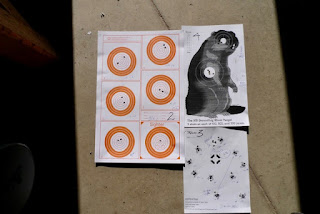 And to Darryl for the photography and Volker for the sweets, scoring, and RO'ing. 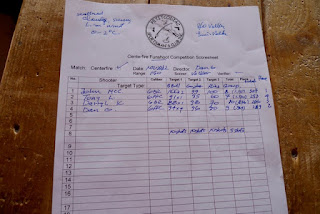 Posted by Bert deVink at 1:20 PM No comments:

Thanks to Dale H. for sending these results

It was an overcast and chilly day with temperatures ranging from 1-4c. Winds were N-NE and fairly steady at 8-12 km/h. Once the AGM was over, eleven shooters participated, 5 shooting Open class BR and 6 shooting Sporter class. A good time was had by all. 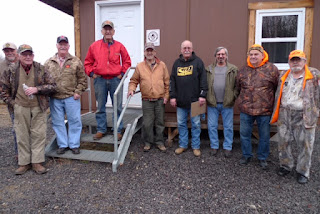 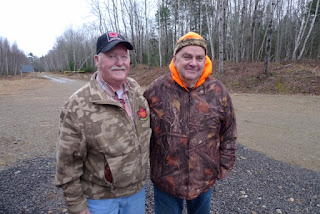 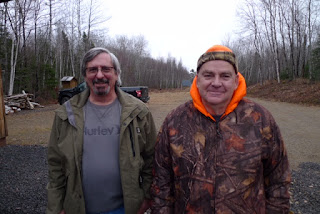 Posted by Bert deVink at 1:53 PM No comments:

The CCFR Week in Review 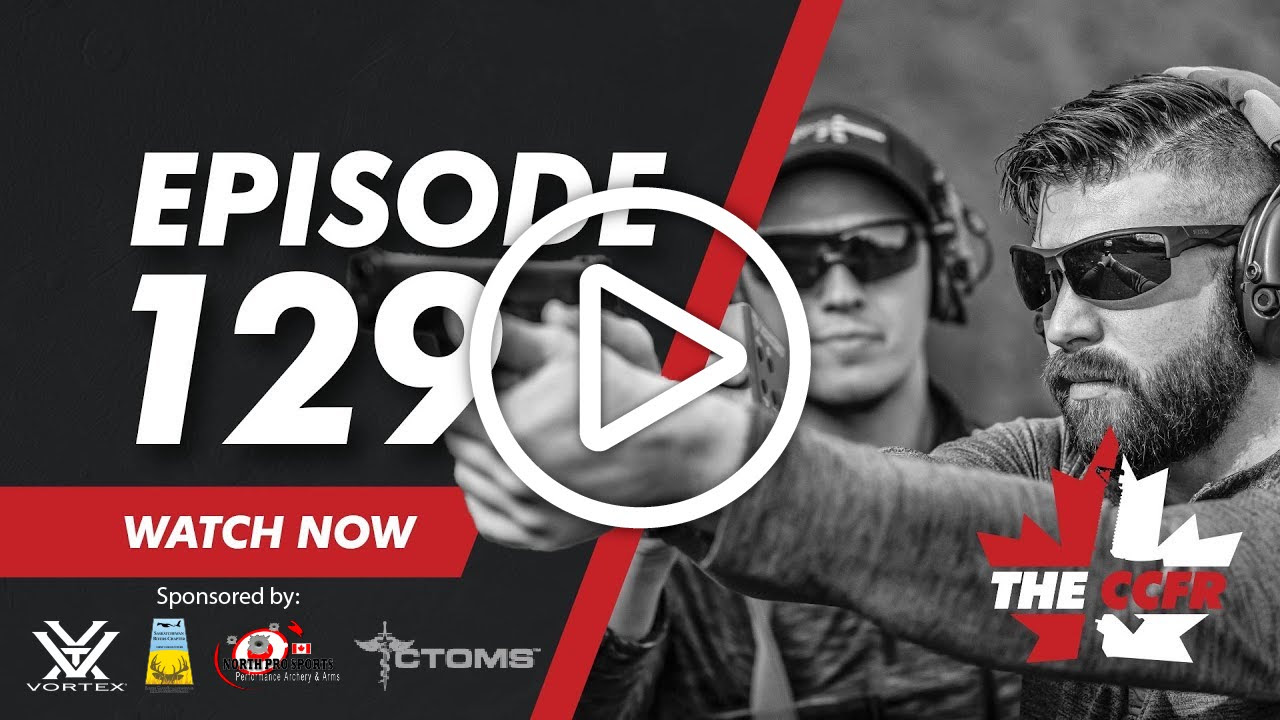 For the latest information on what's been happening at the CCFR, check out our most recent Podcast with host Rod Giltaca.

In this episode: New Brunswick joins in telling Marco Mendicino that they won’t help him take Canadian’s guns, lol, again. Trudeau holds a class in political manipulation – but we see it. Political interference in Nova Scotia is on the menu again.

Posted by Bert deVink at 8:52 PM No comments:

Thanks to Dale H. for these results and pictures.

Beautiful sunny morning, cloudless sky and temperatures rose from 6c – 14c by lunch time. Winds were light at 2-8 km/h, NW for the “A” targets, and switching between NW-SW for the “B” targets. Eleven shooters participated, 6 shooting BR and 5 shooting Sporter. Regular benchrest targets were used for the Open Class. Regular sporter targets were used for the Sporter Class, with a twist - to record an X, the shot could not touch the inner red 10 ring, (the X shot had to be fully in the white area). Congratulations to Wayne LeB. for scoring the only X in Sporter Class. With the small group our shoot was completed by 1pm and everyone was on their way home. A good time was had by all. 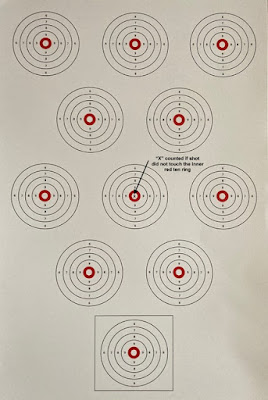 Score and Verifier – Dale H., Bruce B. and Bert deV. 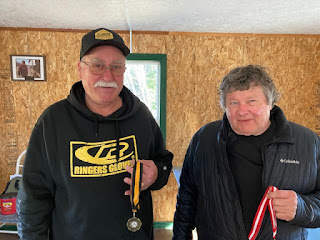 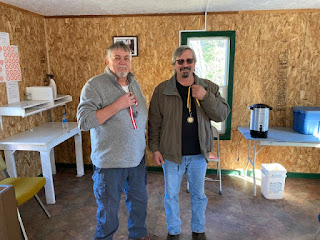 Posted by Bert deVink at 1:23 PM No comments:

The Annual Minto Centerfire Benchrest Championship was held on a day that started out very foggy and at 5C early in the morning. The forecast was for a pleasant day and this came true when the fog lifted revealing steady sunshine and temperatures that rose to 18C.
The wind was gusty, mostly from the left but, as is typical for Minto, it came from all directions and sometimes was not evident at all. It was tricky to say the least and many shooters were surprised to see that the point of impact was quite different for that intended. Holding off was the rule of the day and careful attention to both the direction and velocity of the wind saved many potential tens. 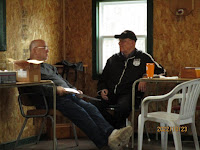 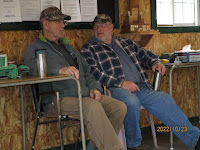 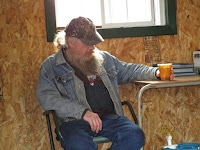 There are many people to thank when you have a shoot as successful as this one. Wayne K. was the match director and head scorer with John McC. providing the verification. David C., whose vehicle broke down half way to the range, (thanks - squirrels who feasted on the truck's wiring), and who was rescued by Guy H., provided the coffee, drinks and lunch. David C., Darryl K. and Conrad L. were the ROs for the match and many people helped to change the targets. Darryl K. and Wayne K. took the pics. Thanks to everyone for your much appreciated help! 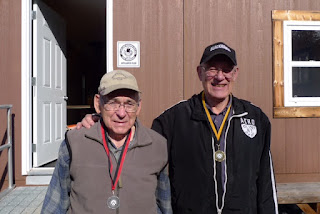 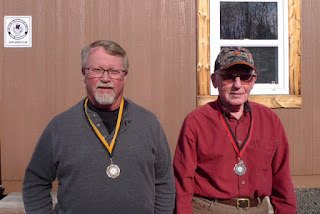 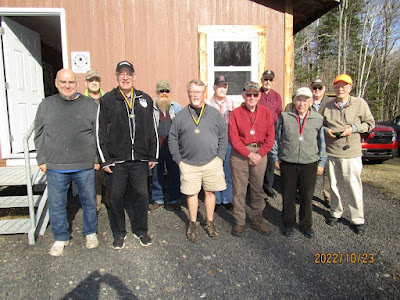 Thanks to Dale H. for these results and to Barb J. and Darryl K. for the pics.
It was a very comfortable weather day, sunny, with temps ranging from 12c – 20c as the day progressed. Prevailing winds were NW – WNW ranging from 5-10 km/h, and, with near zero wind at times making for challenging conditions. Treats and coffee were plentiful and a hot meal of hot dogs and baked beans were served up. 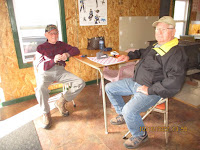 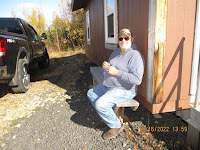 Score and Verifier – Dale H. and Bruce B. 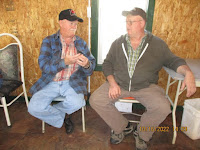 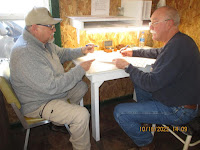 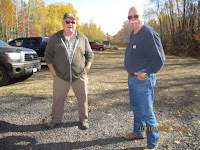 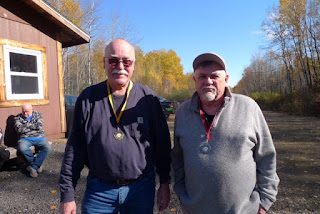 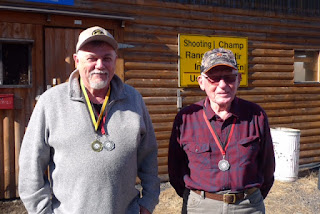 SEARCH THIS SITE AND LINKS